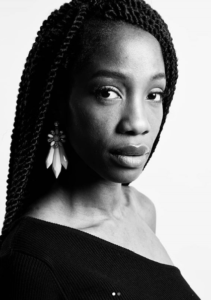 “Berlin-based Ukai was born in Angola and raised in South Africa, therefore it was an obvious choice for her to focus her DJ career on Afro Electronic Sounds such as Afro House, Afro Tech,, Gqom and Kuduro. Today she not only plays all around Europe but also in countries such as Kenya, Mozambique, Madagaskar or Senegal and also in her own country Angola”.