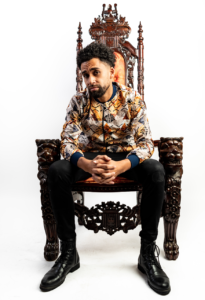 Wallizz has been pushing the Afrobeats & Afro House sounds in Berlin contantly over the years not only through his events but also with his vibrant DJ Sets. With his first party called Afro Heat in 2012, which he later progressed to Freak de l’Afrique, he laid an important foundation for the rise of the modern African club sound in Berlins nightlife. Today he travels the world with recent showcases in Senegal, Kenia, Tanzania & Georgia & Mozambique and his parties such as Cirque de l’Afrique & The Afro House Xperience have become major hot spots for Berlin music lovers of all colours and ages.